In Southeastern Europe, architectural heritage has often been recruited to the service of politics. Shared layers of history (for example the Hellenistic, Roman and Ottoman eras among others) have been split among competing historiographies and, in a period marked by crisis, rising nationalism and ‘East-West’ dilemmas, remain in the core of heated debates. Anchored on on-going projects in three cities in the region, this research explores the ways heritage is claimed through its physical reproduction, a topic barely researched until now.

Replicas of all sizes – ranging from the urban scale down to the artefact – get involved in political and economic agendas and often ignite reactions from various social, political and national groups inside and outside the countries where they are located. In some cases this corresponds to a recurring wave of revivalism, resulting to large replica buildings installed in the heart of the city, such as in Istanbul (where the reconstruction of the barracks on Taksim square led to the Gezi riots in 2013) or in Skopje (‘Skopje 2014’ project). In other occasions the production of copies is politicised on a smaller scale, such as in the case of the copy of “Alexander’s Sarcophagus” at the Skopje Archaeological Museum or the copies of the missing Parthenon Sculptures at the New Acropolis Museum. 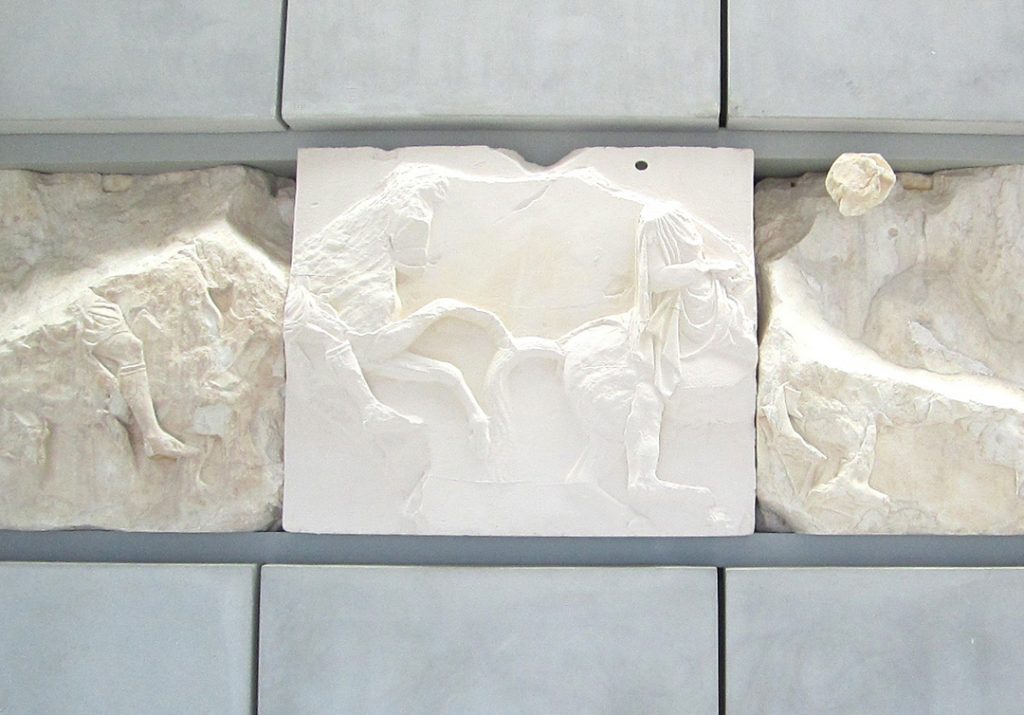 The research evolves around three questions, which bring forward interdisciplinary and transnational dimensions for inquiry: How does the relationship of the replica with its original become politicized, lost or, at times, irrelevant? How does ‘replica architecture’ intersect with questions of national identity and economic policy, formulating new national narratives? Moreover, in a region of strongly defined borders, how do such reconstructions connect to each other, addressing local and international audiences?

The case studies, despite demonstrating important specificities, also inform wider discussions on spatial politics, and highlight parallel developments and important connections between neighbouring national agendas. By examining side by side the politics of (reproduced) cultural heritage in Istanbul, Athens and Skopje, one can uncover and better understand competitions and alliances, cultural exchanges and shared agonies, the struggle with financial crises, attempts to coordinate with Europe and the drawing of borders between Islam and Christianity.

Through interviews with involved actors, and the analysis of the architectural and political discourse surrounding these projects, the research will unpack instances of politicisation of heritage in the above-mentioned geography, while inviting into dialogue the disciplines of architecture, history, art history, museology, art conservation, and political sciences.

The project is coordinated and implemented by Dr Kalliopi Amygdalou and supervised by Professor Thanos Veremis and Associate Professor Ioannis N. Grigoriadis.